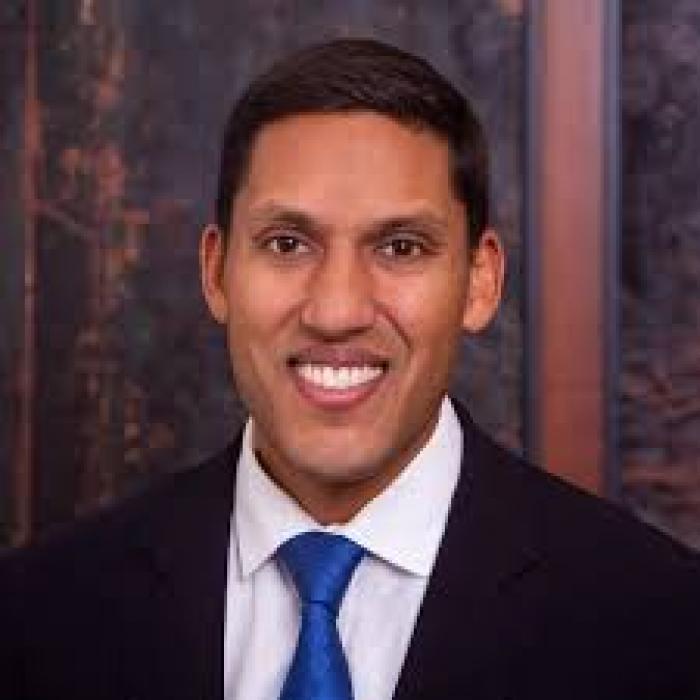 Dr. Rajiv Shah is the President of The Rockefeller Foundation, a global institution with a mission to promote the well-being of humanity around the world. Dr. Shah was appointed USAID Administrator by President Obama in 2009 and unanimously confirmed by the U.S. Senate. Shah reshaped the USAID’s operations in more than 70 countries around the world by elevating the role of innovation. He also secured bipartisan support for the passage of the Global Food Security Act and the Electrify Africa Act, led the U.S. response to the Haiti earthquake and the Ebola pandemic, and served on the National Security Council. Shah founded Latitude Capital, a private equity firm focused on power and infrastructure projects in Africa and Asia.  Prior to his appointment at USAID, Shah served as Chief Scientist and Undersecretary for Research, Education and Economics at the United States Department of Agriculture where he created the National Institute for Food and Agriculture.  Dr. Shah started his career serving at the Bill & Melinda Gates Foundation, where he created the International Financing Facility for Immunization which helped reshape the global vaccine industry and save millions of lives.